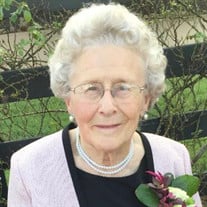 Bettye Marie (Waggoner) Ashby was born August 7, 1933 in her home in the Lois community. Bettye had a little sister eighteen months later. After Myra was born, those two began a sister bond that would last a lifetime. Bettye’s father was a farmer. Some of Bettye’s earlier memories were of her momma cooking for all of the farm hands. After the kitchen was cleaned, her momma would lay her hands over her head on the bed and rest. She was so tired from all of her chores. Bettye attended the Lois School for first through eighth grade. She walked to school with her sister. She was an excellent student. Bettye and Myra had many chores to help their parents. They had so much fun together as they shared in their contribution of helping their parents. Bettye attended Moore County High School. She was quite the scholar. She was the valedictorian of her senior class. Bettye attended Middle Tennessee State Teachers College (now known as Middle Tennessee State University). She attended one year. The next year she took a job at Arnold Engineering Development Center at Camp Forrest as a secretary. President Harry Truman had dedicated the center the year before. She worked there for seven years. During this time Bettye was asked to play cards at a friend’s home one evening. There she met her future husband, Charles Truman Ashby. The two dated a few years and married on April 5, 1958. Bettye resigned from her job at AEDC in mid-1959 to take a new job. She became a mother. In the next three years and nine months she would have given birth to three daughters. With that being said, Bettye was a very busy momma and housewife. She and her husband lost three of their four parents within the first two years of their marriage. Bettye’s momma moved in with her and Truman. Later Truman’s sister, Nannie Hart Ashby, moved next door. Betty gave of herself so freely. She was unwavering in her caregiving of her “crew”. She wholeheartedly wove the tapestry of a loving family and home. Her earnest desire to serve those who were in her care was her life mission. Her three daughters were “a handful” but she raised them to live as Jesus would have wanted them to. When the daughters married she treated each husband as her own son. She was readily available to help each daughter as her grandchildren were born. Those seven grandchildren adored “Granny”. She came to their school events and kept them many a time to help out. In 1999 her beloved Truman went to be with Jesus. Bettye took a new “job” after his passing. She became an amazing volunteer at her daughter Donna’s school. She volunteered three to four days a week for fourteen years. She was recognized by Tullahoma City Schools as a Volunteer of the Month for Bel-Aire Elementary School. So many first graders loved Mrs. Bettye during that time. In her last five years, Bettye was in her home with caregivers, as some illnesses related to age began to take a toll on her. She was still active the last five years trying to never miss a church service. Bettye took her last breaths with her three daughters beside her on Saturday, April 6th. Her goodness will live on in her children, grandchildren, and great grandchildren’s lives. She was preceded in death by her father, Joe Waggoner, her mother, Ollye Waggoner, her husband, Charles Truman Ashby and her sister, Myra Price. She is survived by her three daughters, Donna Ashby Askins (Lance), Suzanne Ashby Vandiver (Phillip), and Sandra Ashby Bauer (David). She is also survived by her seven grandchildren, Christopher Askins (Rebekah), Chase Askins, Chance Askins (Lauren), Holly Rector (Shane), Heather Neely (Daniel), Nathan Bauer, Erin Wrigley (Mark) and four great grandchildren. In addition she is survived by one niece, Sarah Sanders, (Joel), and two great nieces, as well as countless friends and loved ones in her church and community. Visitation with the Ashby family will be Monday evening April 8, 2019 from 4 until 8 pm at Lynchburg Funeral Home. Funeral services will be conducted Tuesday, April 9, 2019 at 1:00 o’clock PM at the Booneville Church of Christ with burial to follow in the Booneville Cemetery.

Bettye Marie (Waggoner) Ashby was born August 7, 1933 in her home in the Lois community. Bettye had a little sister eighteen months later. After Myra was born, those two began a sister bond that would last a lifetime. Bettye&#8217;s father... View Obituary & Service Information

The family of Bettye Waggoner Ashby created this Life Tributes page to make it easy to share your memories.

Send flowers to the Ashby family.