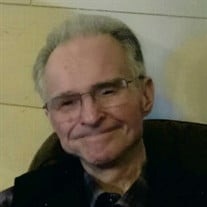 Foster “Kent” Holcomb, age 83, of Lynchburg went to meet his heavenly Savior on November 21, 2021. He was in the presence of his wife and children who loved him dearly. With his unwavering faith, he had bravely overcome cancer twice along with other seemingly insurmountable health complications for twenty-one years. Visitation will be held on Tuesday, November 30, 2021, at Lynchburg Funeral Home in Lynchburg, Tennessee, from 4:00-6:00 PM, followed by a memorial service at 6:00. On December 18th, Kent’s ashes will be placed next to his parents in Coffey, Missouri, following a celebration of life at First Baptist Church, Albany, Missouri. Kent was born at home in Harrison County, Missouri, on December 20, 1938, the son of Nova and Dawn (Foster) Holcomb. They preceded him in death, as did his brother, Elanson Holcomb, and sister-in-law, Juanita Holcomb. Kent was raised in Coffey, Missouri, and was baptized in the Coffey Baptist Church. He graduated from the Coffey High School in 1956, received his Bachelor’s Degree in secondary education from Northwest Missouri State in 1960, and received his Master’s Degree in counseling from Northeast Missouri State in 1966. Kent also furthered his education by earning certification in administration and special education. He served in the National Guard of Missouri from December 1956 to February 1962. He then served in the Army National Guard of Iowa from February 1962 to December 1963. Kent began his career teaching industrial arts in Lineville, Iowa, 1960-1967, becoming also a counselor in 1966. It was during this time, he began dating a hometown lady, Kay Courter, who was attending his alma mater. That courtship led to their marriage on June 7, 1964, after Kay’s at the same church in which they were both raised and baptized. Kent and Kay moved to Belle, Missouri, where he served as the high school principal from 1967-1968. In June, 1968, the couple moved to Albany, Missouri, when Kent left the public school system and became the first educational counselor in the Missouri Department of Mental Health, serving 12 counties at the Albany Regional Center. He was there from 1968-1975, during which time he became the director of the facility. During those years, Kent and Kay were blessed with a daughter and a son, in whose care and rearing, Kent was fully, lovingly, engaged. In 1975 he took a true leap of faith and, with his wife, Kay, started the K & K Opportunity Group Homes. They owned and operated residential homes for the developmentally disabled - one for men and one for women. They sold the business after 31 years of success in providing essential care and safe housing for multiple residents who became part of the Holcombs’ hearts. Kent often talked of the great blessings their children & grandchildren were along with the in-laws. He loved them all dearly. Kent enjoyed farming, hunting, camping and boating with family and friends. He was a Boy Scout Leader of a troop in Albany, Missouri in the 70s and 80s as Korby became involved in Scouts. He was tapped to be an honorary member of the tribe of Mic-O-Say, and was given the name, “Cares-for-Many”. But above all, his love for Christ and church family filled his life with many rewarding moments. He was ordained as a deacon of the First Baptist Church of Albany in 1993. He also taught Sunday School classes for the special men and women, and later a class for ones he affectionately deemed “my ladies”, the widows of the church. Kay, Kent’s beloved wife, his “greatest blessing” as he would say, survives of the home. Other survivors are daughter, Kerra Bowers (Rob) of Richmond, Missouri; son, Korby Holcomb (Angie) of Lynchburg; grandsons Colby (Mallory Cole), Brock and McCauley Bowers all of Richmond, Missouri; Zachary (Jessica) Holcomb of Shelbyville, and granddaughter, Taylor Holcomb of Lynchburg. Other survivors are brother-in-law Jerry Courter (Barbara), nieces, cousins and many friends. In lieu of flowers, the family suggests donations to the Benevolence Fund of Main Street Church of Christ, 376 Main St., Lynchburg, Tennessee, 37352, or to Samaritan’s Purse International Relief ( samaratanspurse.org ).

Foster &#8220;Kent&#8221; Holcomb, age 83, of Lynchburg went to meet his heavenly Savior on November 21, 2021. He was in the presence of his wife and children who loved him dearly. With his unwavering faith, he had bravely overcome cancer... View Obituary & Service Information

The family of Foster "Kent" Holcomb created this Life Tributes page to make it easy to share your memories.

Send flowers to the Holcomb family.