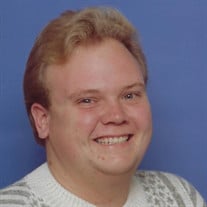 James "Eddie" Smith went to his eternal home on May 22, 2022, following a long-extended illness. Born March 24,1969 to the late Glendon Smith and Dianne Smith, Eddie was 53 years old. In addition to his father, Eddie is preceded in death by his maternal grandparents T. H. and Octavia Dulin and paternal grandparents, Flora, and Warner Smith. One uncle, Wilson Dulin and his father-in- law, Clyde Lewis. Eddie is survived by the love of his life, Tina Lewis Smith and the pride and joy of his life, his daughter, Danielle Jordan Smith. In addition to his mother. Dianne Dulin Smith, Eddie is survived by his brother and sister-in-law Scott and Maria Smith. He is also survived by his mother-in-law, Ines Lewis, and brother-in-law Rodney Lewis. He leaves behind his 2 favorite canine companions, Bailey, and Ellie. An avid sports fan, Eddie loved the Vols and the Braves. He could often be heard singing Rocky Top at the top of his lungs any time he got a chance, and the Braves chant was never very far from his lips. However, his beloved Moore County Raiders held his heart no matter which sport was being played. He was, is, and will always be their #1 fan, win or lose. His greatest pride came the day his daughter put on her very first raider cheerleading uniform. Eddie never missed a single game she was at. With that being said, in lieu of flowers, his family humbly asks that any donations be made to the Moore County high-school cheer squad in his memory. Eddie was beyond proud of his cheerleading daughter, and it would thrill him to know that he had lent a hand in helping these wonderful young ladies.

James "Eddie" Smith went to his eternal home on May 22, 2022, following a long-extended illness. Born March 24,1969 to the late Glendon Smith and Dianne Smith, Eddie was 53 years old. In addition to his father, Eddie is preceded in death by... View Obituary & Service Information

The family of James Eddie Smith created this Life Tributes page to make it easy to share your memories.