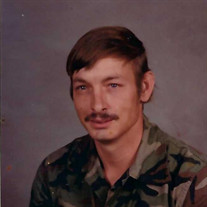 Jerry W. Marr, of Fayetteville, passed this life on Sunday, July 4, 2021 at the age of 66. The family will welcome friends for Visitation on Friday, July 9 from 3:30pm until 7:00pm at Lynchburg Funeral Home. Funeral Services will be held Saturday,... View Obituary & Service Information

The family of Jerry W. Marr created this Life Tributes page to make it easy to share your memories.

Send flowers to the Marr family.