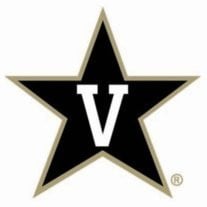 JoAnne Greer Murray Payne , 78 died February 24, 2013, after an extended battle with colon cancer. She was born in Bedford County, the daughter of the late Joe Lloyd and Pauline Raby Greer. She moved to Lynchburg in 1953 following her marriage to the late Bobby E. Murray. She was employed by the U.S Government Selective Service Board for Moore County for 3 ½ years. She then joined her husband as owner/editor/publisher of the Moore County News until his death in 1983. She sold the paper to Terry and Marilyn Craig in 1984. She wrote under the pen name, Jo G. She was a member of the First United Methodist Church in Lynchburg. Her accomplishments included foremost women in mass media (1969) National award one of 4, first member of the Moore County Historic Commission, Planning Commission for many years, Moore County School Board and raisers for the Heart Association for the 60’s , 70’s and 80’s. She was also employed by the Metro Moore Utilities as Office Manager and Woodards Market as Head Cashier. Joanne loved to fish, antiques, reading, traveling, flower gardening and was a TRUE Vanderbilt fan. In addition to her parents and husband, she was preceded in death by her infant daughter, Rachel Anne. Survivors include her husband Alan H. Payne, sons; Zachary Greer Murray and his wife Rebecca and Jason Seals Murray and his wife Sandy, all of Lynchburg. 4 grandchildren; B.J. Murray of Cookeville, Jay (Ashley) Murray of Lynchburg, Jana Murray (Evan Mitchell) of Fayetteville, and Laura (Josh) Holt of Tullahoma. 7 great-grandchildren, Jayden and Jasiah Murray, Scout Murray, Clay Tippy, Cayvan Mitchell, and Logan and Kylee Holt. 2 step-grandchildren; Heather ( Schuvaud) Whitaker of Lynchburg and Jessie Redden of Michigan. 3 step great-grandchildren; Tristan, Noah and Addison Whitaker and her brother, Thomas A. Greer and his wife JoAnn of Winchester. The family will receive friends on Sunday, March 3, 2013 beginning at 12:30 until time of the Memorial Service at 2PM at the Lynchburg Funeral Home Chapel with Bro. David Adams and Bro. Ricky Lee officiating. Burial will follow in the Lynchburg Cemetery. In lieu of flowers donations may be made to the Moore County Public Library. For online guest registry please visit www.lynchburgfuneralhome.com. LYNCHBURG FUNERAL HOME IN CHARGE OF ARRANGEMENTS.

JoAnne Greer Murray Payne , 78 died February 24, 2013, after an extended battle with colon cancer. She was born in Bedford County, the daughter of the late Joe Lloyd and Pauline Raby Greer. She moved to Lynchburg in 1953 following her marriage... View Obituary & Service Information

The family of JoAnne G. Payne created this Life Tributes page to make it easy to share your memories.

Send flowers to the Payne family.