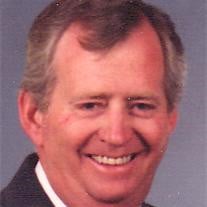 Michael Price Womack, age 62, of Lynchburg, passed away Tuesday, June 15, 2010 after a courageous battle with colon cancer.  Mike was a member of the New Center Grove Church of Christ.  He was the son of the late Len and Margaret (PeeWee) Womack. He graduated from Franklin County High School (1965) and MTSU (1974).  He proudly served in the U.S. Army during 1968-1971 which included a tour of duty to Vietnam and Germany.  At the time of his death he was a 34 year employee of Jack Daniel Distillery. Mike loved decorating their home at Christmas with lights, this was his gift to the community at Christmas and everyone knew which house was his.     Many friends and loved ones will mourn his passing as he was loved greatly and will be missed greatly.  He is survived by Mary Ann Womack, his wife of 33 years; sons; Jason (Brandy) Womack, of Ft. Bragg, NC, Allen (Amanda) Womack of Lynchburg, Seaborn Womack also of Lynchburg.  Brothers, Len "Bud" (Annis) Womack of Centerville, TN,  Sam (Margaret) Womack of Manchester, TN, William "Willie" (Peggy) Womack of Winchester, TN.  Chosen Family Member, Brandon Wells of Lynchburg. Grandson, Brenen Womack of St. Louis, MO, Granddaughter, Peyton Mims of Ft. Bragg, NC.  Several in-laws, cousins, nieces and nephews Visitation with the family will be from 4:00-8:00 P.M. Thursday Evening.  Funeral Services for Mr. Womack will be conducted at 4:00 P.M. Friday Evening in the Chapel of the Lynchburg Funeral Home with Bro. Byron Lawrence offering words of comfort and celebration for the life and love of Mike. Interment will follow in the Lynchburg Cemetery with military honors bestowed and a butterfly release in Mike's honor.  In Lieu of flowers donations can be made to the American Cancer Society or C3: Colorectal Cancer Coalition, 1414 Prince Street, Suite 204, Alexandria, VA  22314 and mark on the memo line "Lisa Fund" for late stage colon cancer research.

Michael Price Womack, age 62, of Lynchburg, passed away Tuesday, June 15, 2010 after a courageous battle with colon cancer.  Mike was a member of the New Center Grove Church of Christ.  He was the son of the late Len and Margaret (PeeWee) Womack.... View Obituary & Service Information

The family of MIKE WOMACK created this Life Tributes page to make it easy to share your memories.

Send flowers to the family.