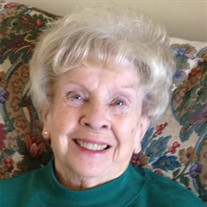 Mrs. Mary Ruth Majors Parkes, age 83, of Huntsville, AL passed away Tuesday, May 27, 2014 at Grandview Gardens at Redstone Village in Huntsville Alabama. Funeral Services will be conducted Friday, May 30, 2014 at 1 PM at Lynchburg Funeral Home with Rev. Bill Etheridge officiating. Burial will follow at Lynchburg Cemetery. Visitation with the family will be Friday, from 11 AM until service time. A native of Franklin County, TN, she was the daughter of the late Joseph and Mary Winstead Majors. She was a member of Aldersgate United Methodist Church in Huntsville. She was a homemaker who loved spending time with her family. She especially enjoyed cooking for them. She was a devoted wife, mother and grandmother. She also enjoyed volunteering her time to help others. She had volunteered at Southern Tennessee Medical Center in Winchester and in later years at Crestwood Hospital in Huntsville. She also enjoyed volunteering with Meals on Wheels. In addition to her parents, she was preceded in death by her husband, Jack Curtis Parkes who passed away in September of 1995; two brothers, Charles and Wilson Majors and one half brother, Rhodolph Ray. She is survived by her son, Mike Parkes and his wife, Patricia of Libertyville, IL; daughter, Kathy Forsythe and her husband, Randy of Huntsville, AL; two sisters, Wilma Shasteen of Tullahoma and Mabel Ervin of Winchester; four grandchildren, Michael Forsythe of Huntsville, AL and David Forsythe and his wife, Lainie of Huntsville. Jennifer Parkes Kozak and her husband, Chris of Chicago, IL, Jason Parkes and his wife, Eleni of Lindenhurst, IL, and her first great granddaughter, Athena Marie Parkes, who is expected in a few days. In lieu of flowers, the family has requested donations be made to Grandview Gardens at Redstone Village, 12000 Turnmeyer Drive, Huntsville, AL 35803. For online guest registry please visit www.lynchburgfuneralhome.com. LYNCHBURG FUNERAL HOME IN CHARGE OF ARRANGEMENTS.

The family of Mary Ruth Majors Parkes created this Life Tributes page to make it easy to share your memories.

Send flowers to the Parkes family.