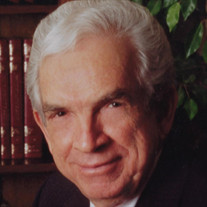 Mr. Noah “Nick” Nicholas Ward passed this life at Baylor, Scott and White Medical Center in Grapevine, Texas on October 3, 2017 at the age of 85. He was born on the Ward Family Farm in Moore County, Tennessee on March 1, 1932 to the late William Noah and Nellie Massey Ward. He was also preceded in death by his sister Mary Williams and brothers Bryan, Tommy and Gerald Ward. After leaving his home place in pursuit of a 26 year career in the United States Air Force he then became a civil servant, serving another 20 year career at the Barksdale Air Force Base in Bossier City, Louisiana. In 2007 he and his wife Wanda moved back to the family farm and resided there for several years prior to moving to Southlake, Texas. Mr. Ward obtained the rank of Master Sgt. as a member of the United States Air Force where he fought in the Korean War and flew combat missions in Vietnam. A man of service, he proudly served his country, his government, his church and his family. He was an elder at the Airline Drive Church of Christ in Bossier City, Louisiana. During his 18 years at the church he provided pastoral and counseling service to the church’s community. Growing up loving sports, he played basketball, baseball and football, serving as Captain of the Lynchburg High School team coached by Shirley Majors. He also loved the game of golf, becoming quite skilled at the game. Mr. Ward is survived by his wife Wanda Stapp Ward along with his daughter Carla Offutt and her husband Dean of Ft. Worth, Texas and his son Stephen Ward and his wife Shelly of Boerne, Texas. Also surviving are grandchildren Logan and Miranda Ward of College Station, Texas and Rachel Offutt of Nashville, Tennessee. Surviving is his brother Bill Ward and his wife Peggy of Estill Springs, Tennessee, a sister Nellie Daugherty and her husband L.C. of Moore County and surviving sister-in-laws Betty Ward of Mississippi and Margaret Ward of Moore County. Several nieces and nephews also survive. Visitation with family members will be held from 5 p.m. until 8 p.m. on Friday, October 6, 2017 at Lynchburg Funeral Home. Bro. Ben Brewster will officiate at Mr. Ward’s funeral service beginning at 11 a.m. Saturday, October 7, 2017 in the funeral home’s chapel. Interment will follow with full military honors at Waggoner Cemetery in Moore County.

The family of Mr. Noah "Nick" Ward created this Life Tributes page to make it easy to share your memories.

Send flowers to the Ward family.