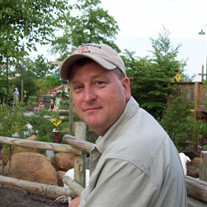 Steven C. Womble, age 48 of Lynchburg passed this life on Friday, February 13 at the Lynchburg Nursing Center. Funeral Services will be held Tuesday, February 17, at 2 PM at the Lynchburg Funeral Home with Rev. Ricky Lee officiating. Burial will follow at Smith’s Chapel Cemetery. Visitation with the family will be Tuesday, from 12 PM until the service time. A native of Shelbyville, he was the son of the late Grady Womble and Ava Lee Green Womble of Lynchburg. He was an EMT and had also worked for Nissan. He attended Lynchburg United Methodist Church. He enjoyed Fishing, Hunting, Coaching Baseball and watching football. In addition to his father, he is preceded in death by one brother, Tommy Womble. In addition to his mother, he is survived by his wife, Scottie Womble of Lynchburg; two sons, Steven Austin Womble and Tanner Scott Womble, both of Lynchburg; five brothers, Larry Womble and his wife, Dorothy, Richard Womble, David Womble and his wife, Judy, John Womble and his wife, Margie and Don Womble, all of Lynchburg and one sister, Doreen Gluch and her husband, John of Raus. In lieu of flowers, the family has requested memorial donation be made in Steven’s honor to Vanderbilt Hospital Research Center, Vanderbilt Gift Processing, PMB 407727, 2302 Vanderbilt Place, Nashville, TN 37240. Lynchburg Funeral Home is in charge of arrangements. www.lynchburgfuneralhome.com

The family of Steven C Womble created this Life Tributes page to make it easy to share your memories.

Send flowers to the Womble family.