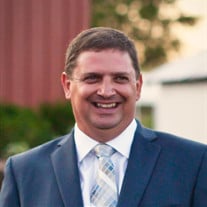 Mr. Timothy James Millard, age 52, of Moore County, Tennessee passed away on Wednesday, Sept. 21, 2016 at Centennial Medical Center in Nashville, Tennessee. Mr. Millard was born to the late Robert James and Herma Joan Parkin Millard in Flint, Michigan on June 4, 1964. Holding a B.S. Degree in Mechanical Engineering he worked as a Senior Project Engineer at Jack Daniel’s Distillery in Lynchburg. He is survived by his wife Terri Harper Millard of Moore County along with three daughters, Casey (Vadim) Zheglov, of Friendsville, Tennessee; Kara (Romain) Martin of Detroit, Michigan and Kylee Millard of Valdosta, Georgia. One son, Chad (Brittany Whitehead) Millard of Frankfurt, Kentucky survives. Also surviving is one grandchild, Ekaterina Zheglov of Friendville, Tennessee. Visitation with family members will be held from 5 p.m. until 8 p.m. on Friday, Sept. 23, 2016 at The Red Barn at the Harper Farm, located at 17 Marble Hill Road, Winchester, Tennessee. A funeral service will be conducted at 11 a.m. Saturday, Sept. 24, 2016 at The Red Barn. Burial will follow in the John Gray Cemetery also located on the Harper Farm In lieu of flowers donations may be made to the Vasculitis Foundation Research Program at http://www.vasculitisfoundation.org/donate

The family of Mr. Timothy James Millard created this Life Tributes page to make it easy to share your memories.

Send flowers to the Millard family.